TN Tennis To Partner With BBBS For Golf Classic

This year’s tournament will tee off in an 8:30 a.m. ET shotgun start. A program and luncheon will be held at 1:30 p.m. Teams for the tournament will be comprised of a four-person group with the team prizes awarded to the top finishers.

All participants will receive a Babolat junior tennis racquet and have an opportunity to win $50,000.

“Chris Woodruff and I were both fortunate to have been guided by parents who gave us every opportunity to be successful in our lives,” women’s tennis head coach Alison Ojeda said. “It was their leadership and positive encouragement that gave us the ability to pursue excellence. Whether it is on the tennis court, in the classroom or in the community, we both believe that we win with people.

“Big Brothers Big Sisters is an organization who believes that every child has the ability to succeed and thrive in life. Through positive relationships, they change children’s lives for the better. Chris and I are honored to be a part of their mission.”

Proceeds will support one-on-one mentoring for children served through the Big Brothers Big Sisters program. Big Brothers Big Sisters mentoring model is an evidence-based prevention and intervention strategy that is helping to improve the odds for children who face adversity. Through the high-quality one-to-one mentoring program, children are achieving educational success, reaching for higher aspirations, and avoiding risky behaviors.

“Big Brothers Big Sisters is honored to partner with the Tennessee Tennis program for this year’s Golf Classic,” said Big Brothers Big Sisters of East Tennessee Chief Executive Officer Doug Kose. “The outing will be a chance to interact with the tennis coaches and student-athletes to have a fun day while raising funds for a great organization. We are also very appreciative of Regal Entertainment Group and EdFinancial, both serving as title sponsors for this year’s event. All of the funds raised will be used to support mentoring programs for the at-risk youth we serve in the community.”

About Tennessee Women’s Tennis Head Coach Alison Ojeda
Coming off her first year at the helm on Rocky Top, Tennessee Head Coach Alison Ojeda led the Volunteers to one of their most productive seasons in recent years. Tennessee had its most wins (19) and highest ITA ranking (12th) since 2011. The Big Orange also earned their first berth in the NCAA Championships since 2014, advancing to the second round.

Ojeda played a major role in helping senior Brittany Lindl take her game to the next level and become the top player in the singles lineup, where she had seven ranked wins on the season. Lindl garnered second-team All-SEC honors, the ITA Ohio Valley Region’s Most Improved Senior Award and a bid to the NCAA Singles Championships.

About Tennessee Men’s Tennis Head Coach Chris Woodruff
Chris Woodruff was named the head coach of the Tennessee men’s program in May 2017 after a lifetime of representing Knoxville and the University of Tennessee at the highest levels of tennis. He won the Vols’ first NCAA singles title and has been on staff since ending his professional tennis career in 2002.

Growing up in Knoxville, he played for the Vols for two seasons and began his professional career in 1993 after ending the year No. 1 in college. On tour, he reached as high as No. 29 in the ATP World Tour Rankings and won a pair of titles, including the 1997 Canada Masters. He defeated seven players who had held the No. 1 world ranking.

As a coach for the Vols, Woodruff has mentored three No. 1-ranked singles players and three top-ranked doubles teams, including 2014 NCAA doubles champions Mikelis Libietis and Hunter Reese. Tennessee won back-to-back SEC titles in 2010 and 2011 and reached the 2010 NCAA final.

The Big Brothers Big Sisters Youth Outcomes Summary, released in 2012, substantiates that its mentoring programs are evidence-based, proven, positive academic, socio-emotional and behavioral outcomes for youth in areas linked to high school graduation, avoidance of juvenile delinquency and college or job readiness. Top-quality evidence-based practices must be a part of any serious long-term strategy for moving our communities and our nation forward.

Big Brothers Big Sisters provides children facing adversity, often those of single or low-income households or families where a parent is incarcerated or serving in the military, with strong and enduring, professionally supported one-to-one mentoring relationships that change their lives for the better, forever. This mission has been the cornerstone of the East Tennessee organization’s 47-year history. 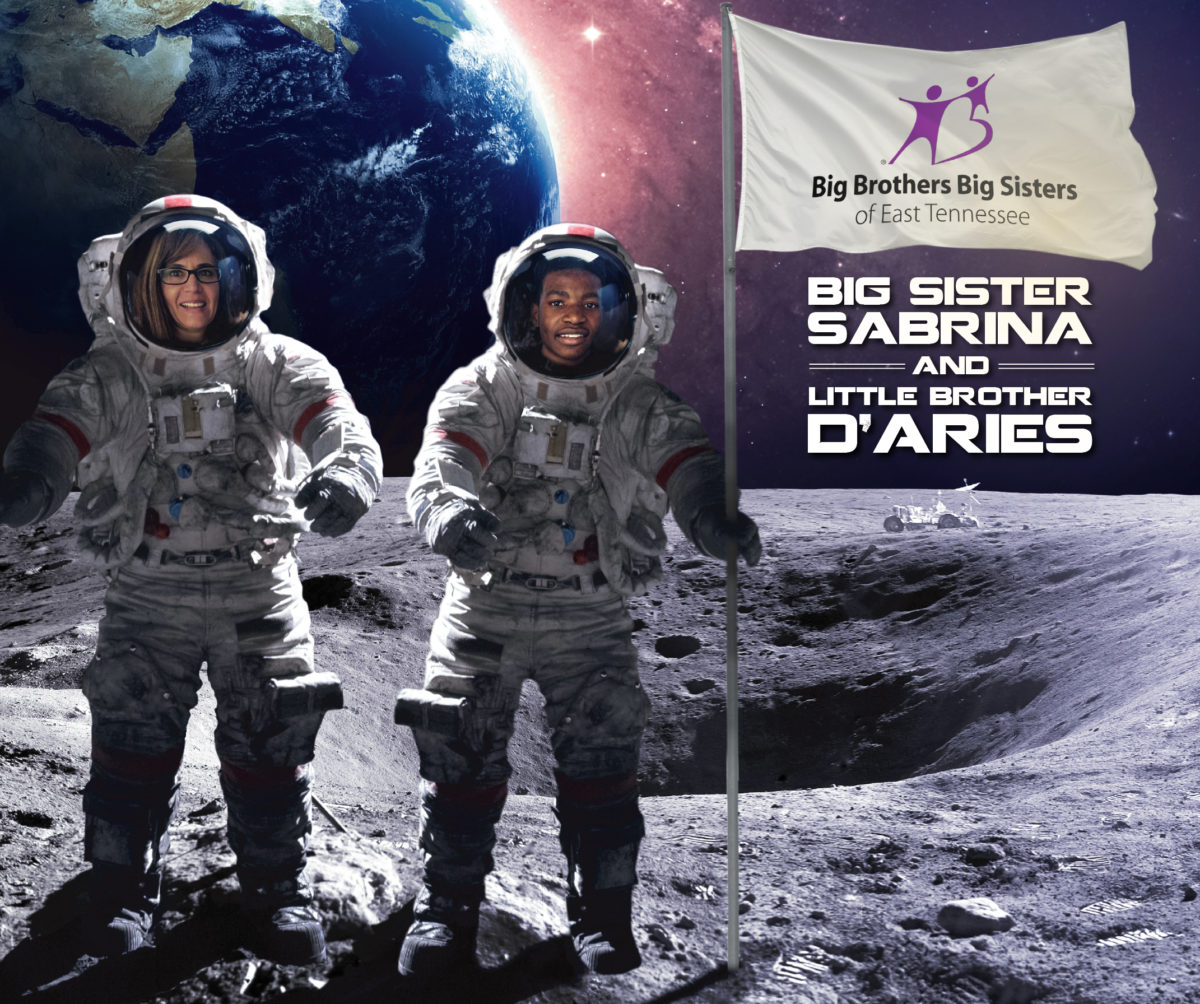 Big Sister Sabrina and Little Brother De'Aries have been matched in BBBS-ETN's community-based program for 6.5 years (since December 2011). They enjoy going to sporting events and wood working. The duo likes to volunteer with foster animals and if they had a chance to... 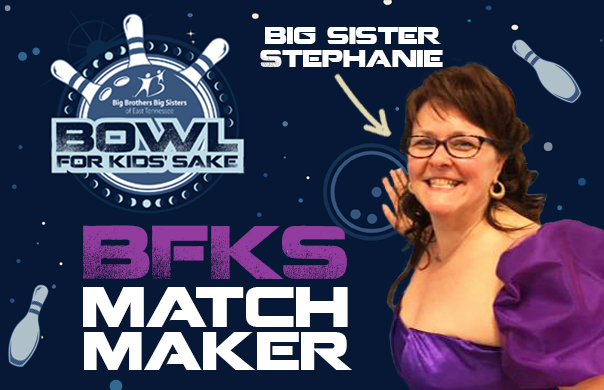 In this week's update, the team at Big Brothers Big Sisters of East Tennessee provides you some creative ideas for fundraising with your team -- especially for those of you who have already shared your Bowl for Kids' Sake page via social media and email. Big Sister...

Recruiting and Fundraising Tips for BFKS 2018

Thank you for registering for Bowl for Kids’ Sake 2018! In this week’s bowler update, we’ll provide a few details on how to recruit teammates and how to fundraise. Our team is always available to provide resources and answer any questions you might have—just call us...